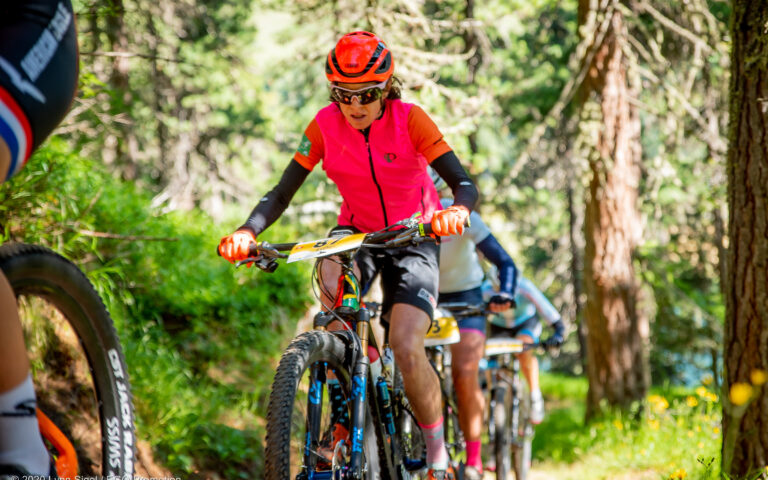 After a “fire drill” in which Erich drove from the Engadin to Küttigen to make my bike fit for racing again (seatpost, remember..), I was at the start of stage 3. The weather was nice but still very cold in the morning at 9:00 am, but I was looking forward to this hard, last stage.

Firstly we made a small loop over Surlej up to the Olympic ski jump and back to Silvaplana. Then we went back up the Laj Champfer over the Laj March to the Olympic ski jump, further up to Mount San Gian from there over a tricky single trail down to the Church (here Dorn stood in my way again!) From there towards Alp Staz down to the Landgasthof Meierei and from there up to Laj Staz, then left a cool trail down around the Fallun to the Celerina train station.

From there it continued (peppered with small „undulations“) past the Samedan campsite to Bever. Then the Bever valley high above Spinas Restaurant and over the Alp Suvretta and up to the Pass Suvretta. This climb took about 15km and the further up we went, the more difficult the trail became. But we weren’t up on the Suvretta pass yet!!

From there the flank went from Piz Nair up to Munt da San Morezzan and then finally it went down on a mega cool single trail. Initially more on hiking trail single trail and then the World Cup trail to Alp Giop and further via El Paradiso Alp Suvretta but not like the last two days to the Fopettas Trail. We turned right and rode up a steeply first and then we traversed over to Julierpassstrasse. This trail was challenging again! Then it was done! Through Silvaplana to the finish.

That was the route, now for the race.

We started pretty quickly like the days before, I tried to stay in the group as much as possible, but it annoyed me then that Dorn (she started as a special case because she hadn’t finished yesterday’s stage) had to speed up front!

In any case, I had to let it tear down on the ascent because my „heart“ could not keep up with the high pace and the day was long. So I got out of full speed and rode with Looser and Tauber. On the descent down from Chrest Alta I was faster, although Dorn was slowing me down there because she wouldn’t let me pass but then I saw another line and could ride through. Unfortunately, I was alone on the course until I was caught up by a group that I could hang onto.

On the next climb I rode my pace around Looser again. At some point I lost contact and was somewhere between two groups again. Luckily the first meal at the Landgasthof Meierei arrived and I was soon back up again riding at speed. I also really enjoyed the trails today (because my seat post worked again THANKS @Erich for your use !!) I didn’t have to drive alone across the course to Bever, but it was more of a stroll than a sprint.  This meant that we were caught by a large group shortly before Bever, including Tauber, Looser and Ming.

Unfortunately, I couldn’t get a „cake“ when I was eating in Bever, but I caught Erich’s bidon (luckily !!) Now the whole Bevertal went high over the Suvretta Pass and the next meal was only at El Paradiso. It was pretty tough, especially the first ramps were my choice, but I tried to ride at a good pace and distract myself with the super beautiful landscape. The second part from Alp Suvretta was quite a challenge which I gladly accepted and tried to ride as much as possible !! This always gave me motivation when I was able to master a difficult passage, which makes me feel proud!!

Once at the top (Pass Suvretta) we continued along the Piz Nair flank, but it was quite entertaining, which you have to concentrate to ride, and I had a strong rider on the rear wheel that I actually wanted to let pass, but he ok with it, but of course I didn’t want to slow him down! When I finally got to the top, I briefly lost my orientation so that a rider passed me and was in front of me on the trail, I attached my front wheel and together we rocked down the trails!! It was sooo much fun!!  I think we weren’t slow!! (I would have loved to beam myself up for another run down again).

In El Paradiso, Fabienne was waiting with a last bottle! The last climb was again very steep and demanding, but I was able to ride everything!! Then finally the descent, but it was not very flowy, but rather steep, slippery, winding … it was a challenge and I had to concentrate fully again!!

The arms were getting a little bit angry then I came onto Julierstrasse and for a moment didn’t know where to continue, on the street or the trail next to it! Until I finally saw the arrow, I almost came to a standstill!!

The last curves through Silvaplana and then the finish line after almost 4 hours!  Today I crossed the finish line with a smile!! Although I am not entirely satisfied, I would have liked to go further up the front, but it was simply not possible for me, the boys were just too fast !!

Congratulations to Alessandra Keller for her three victories and overall win, as well as Linda Indergand for 2nd place and Lisa Brandau for 3rd place.

But it was a successful weekend and it was fun!! Many thanks to my very important supporters Erich, Fabienne and Stephan!! 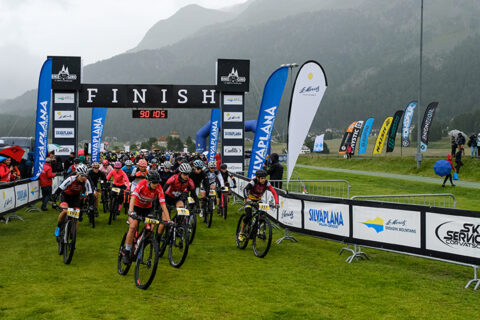 So, on to the second day. Unfortunately, the weather today was really as bad as announced through the forecast.  Shortly before the start it started (...) 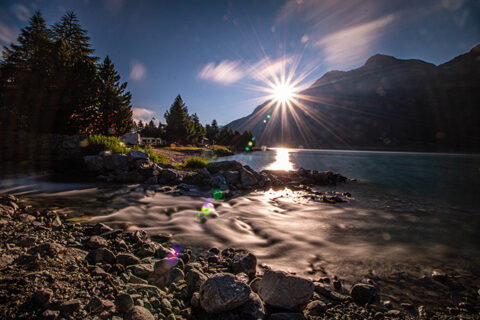 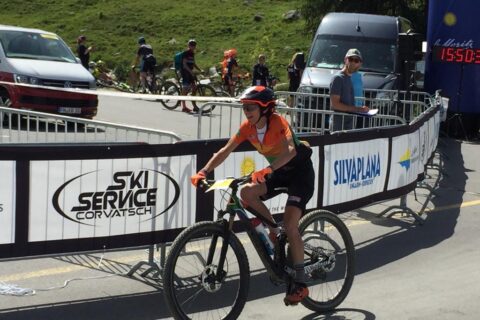 We have had to wait a long time for the first race in the 2020 season and today we finally started. I was pretty nervous (...) 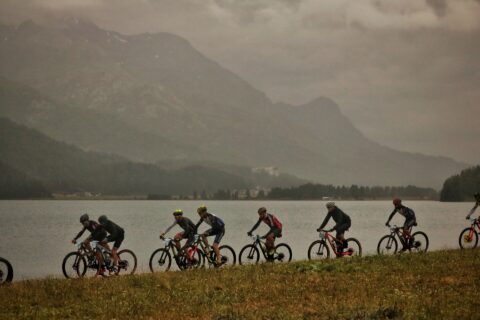 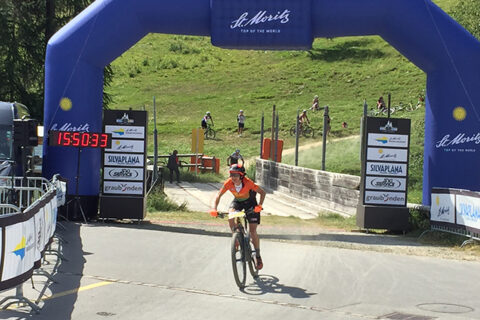 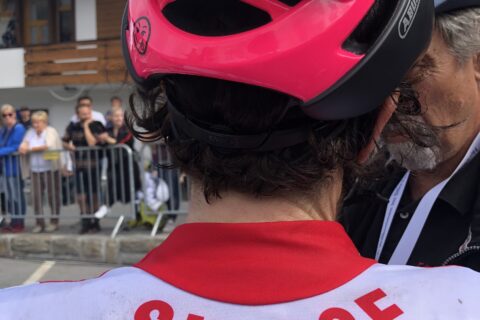 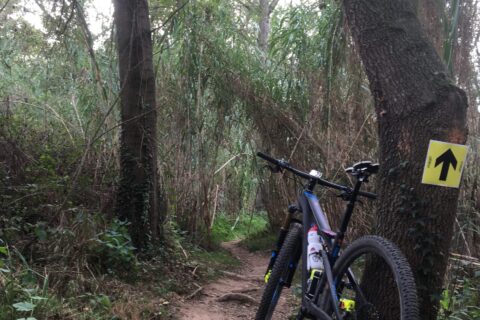 This is really a special race. So first of all, it’s the last race this season and then important to note, I am travelling alone (...) 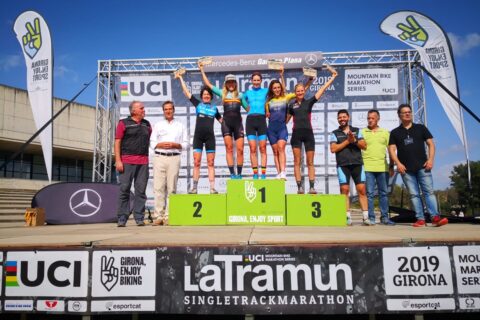 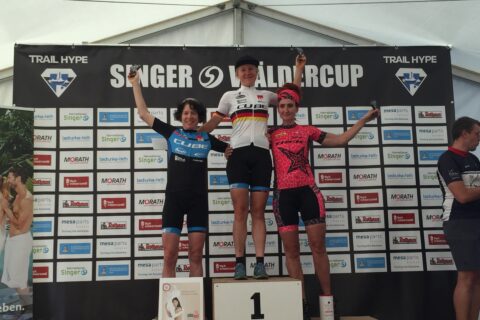 We all have these moments, so, very spontaneously I decided in the middle of the week that I would go and enter a race on (...)