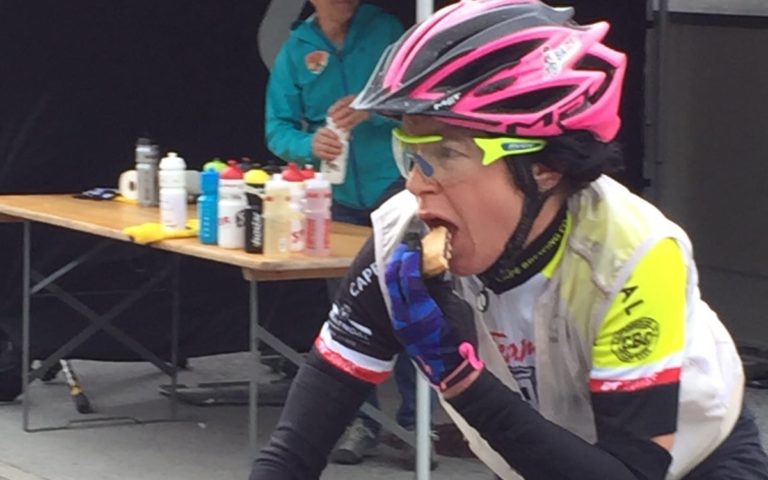 Today we started the Queen Stage of this year’s Swiss Epic. The goal? Take the Leaders Jersey, but would we succeed?
I began to feel a little slower, I was feeling a little unsettled after yesterday. There was a little time before the start and I hoped my tactics and outlook would improve and I would be at the front of the Womens group.

My approach worked and after 2.5km, we could place ahead of Lüthi / Pirard, pulling out a small gap. In the first technical section of these wonderful trails they passed us. I had expected this so didn’t get stresses because that doesn’t get you anywhere. We desceded well at Jennies pace, caught and passed Lüthi / Pirard before the end of this section.

We descended to the valley floor and on to the next climb and onward to more beautiful trails to the next valley. Following a stream led to the start of the next long ascent. Already, in the first climb I noticed that I was going better than day 1.

We got on very well. We knew from Erich we had opened up a gap and had a good lead. We had lost a little time somewhere but we had managed the descent without mechanicals which is worth a lot.

Next, the section from Raron to Susten and a cruel headwind. We went into this on our own but were caught, at least we could share the work.

In Susten the last food was taken before Leukerbad and the final ascent. Only 16km to the finish! This last climb was very hard and we were fighting for a long time. Ashphalt alternating with trails which were really steep and as a bonus, it had started to rain.

Finally, the last two climbs to the finish, we had made it!

After 5hrs 26m we managed to finish as first women team home! Super happy and tired from the exertion. Ironically, straight into Doping Control, what a way to finish !