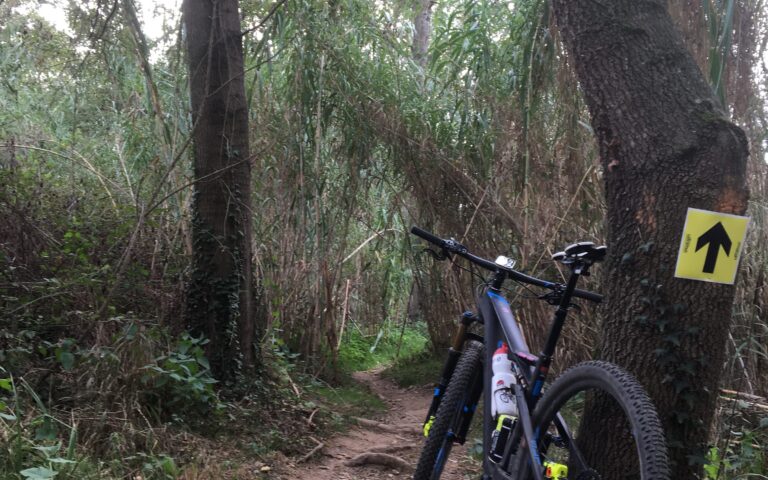 This is really a special race. So first of all, it’s the last race this season and then important to note, I am travelling alone (ie unsupported) to this race. It’s strange to be without Erich, Fabian or Stephan who have been with me throughout the season.

After winning the race in the pouring rain last year, I was looking forward to a hopefully dry race this time around.

On Sunday morning at 6.30 we had to take the bus from Girona to the starting point in Val d’en Bas. The bikes were loaded in trucks and off we went. We drove a good hour by bus and having arrived there I still had to wait for my bike, submit bidons for the feed zones, pack everything I wanted at the finish and what seemed a thousand other small jobs. Very quickly it was time to start and all these things were forgotten because time is too short!

The speaker chatted and suddenly we were called…..  LOS GEHTS, VAMOS!

The first 2 km were local, many changes of direction, not my cup of tea, but not so bad, I knew that we would soon be on the first longer climb. In the ascent I found a good rhythm and was able to overtake rider after rider, everything went well and I was in really good spirits! After about 8 km the first downhill section and here we go, someone buzzed my rear wheel and I went over the bars. I was lucky and didn’t get hurt after a quick self-check but more importantly, nothing on the bike was broken!

While I „sorted“ myself to ride on, 2 women overtook me (I did not see them). But I restarted and rode very cramped and tight after my fight with my bike. It transpired my bike bucked right and threw me down a few times, how many times I do not know exactly, because at some point I stopped counting and I focussed on the finish! My mantra was: „stay relaxed!“ Even with this in mind it took until the second feed zone until it finally it worked and I regained focus and got in the groove again. Up till this point I lost a lot of time in the downhill! Uphill was still good going and I made progress once more.

In the first feed zone, Charlotte wasn’t really organized or prepared to give me a bottle! (Maybe it would have been better from the organizer… !). So, I rode on! Up and down we went on trails, it’s really a super cool track. It asks a lot of you because you can never recover, you must always be fully focused! Once, we drove through the forest and the sun blinded me so that I couldn’t see anything. I thought I wouldn’t have this problem this year. Also, when I was at this big stage, I couldn’t ride up it last year without help, because it was so slippery, I also had to smile with these memories from the previous race.

After about 3 hours I passed the second feed zone, finally, because my bidon was so empty! I stopped and drank two cups of water before I changed my bidon here. Now it was 33 km to the finish and fortunately the cramping eased a bit and I rode down in better condition. With all the earlier crash drama it was too late to do anything against the leaders! At least I could enjoy it a bit more! Since I had no idea where I was placed, I simply rode my race with the goal to be as quick and safe as possible, making it to the finish in one piece. (and in good style of course).

The climbs in this second part were shorter, but steeper and more technically demanding. When I had mastered them successfully, this brought a smile on my face! A section went up over flagstones and it needed full concentration, it was really strenuous and felt like it would never end! Whenever you thought you’ve made it, it just kept coming at you! You think it’s just down and flat to the finish, well, the next ramp comes!

Finally, it was done and down to the last 5 k. Left and right around the trees and where last year were still streams, this time was actually a dry trail!

I arrived after about 5 hours at the finish, an hour faster than last year, but frustratingly only 4th! At the finish I was met by Knut, who was actually very relieved, because he was told that I fell and was in the hospital. Fortunately given the circumstances, was not the case, it could have been much much worse!

Despite the fact that the race didn’t go according to plan, I was finally satisfied and luckily I only had bruises and abrasions not breaks and sprains! As a bonus, I managed to cross the finish line with a smile!

Many thanks to Knut and Laura who supported me on site and to the whole organization for the great race!

I’m looked forward to seeing the plane, being at home, seeing the school and my friends, and I’m going to give the body some well-deserved rest, so that I can recover from all the injuries of the last races!

I thank the sponsors for the support and everyone that has supported me in any way through the year, because I cannot do it without you!