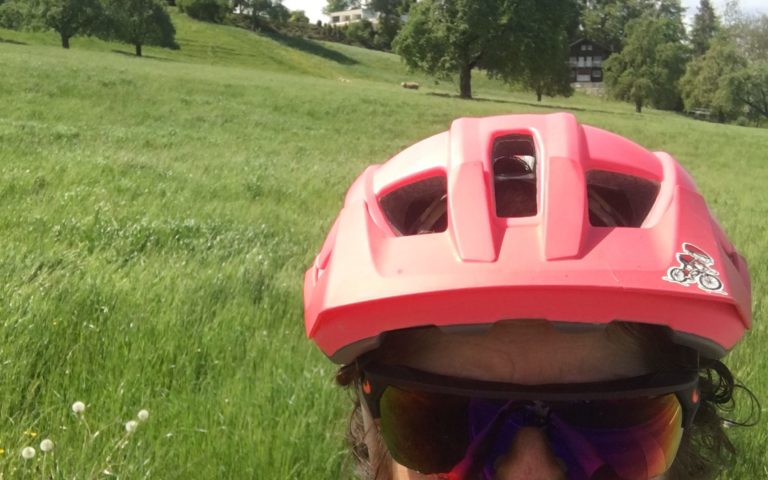 On Saturday, I made a training ride and only that evening, I remembered that I could have ridden on the Saturday marathon race in Bad-Säckingen… but it is what it is, and this is actually good. It has been a week of full-gas school work after taking over lessons from Doris, it just had to be like this.

Anyway, I decided in the morning that I could actually go by bike to Hochdorf. It showed a distance of 40km and 2 hours, so I set off. I made good progress and was there after 1.5h. I decided to make a little extra loop to stretch my legs. After getting the start number, I was able to do one more lap on the course so I knew at least what to expect.

Then finally after the earlier junior races it was our turn. First, the elite men, then the amateur / master, then the juniors and finally elite women …. END_OF_DOCUMENT_TOKEN_TO_BE_REPLACED 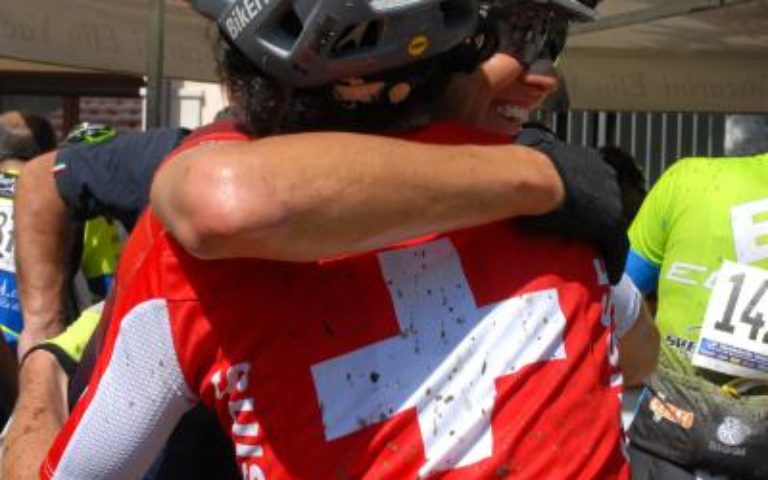 The track at the EM race in Spilimbergo was very demanding for us riders. At the start, it was very flat and a definite advantage to be able to ride as a group. The start was quite hectic, I wasn’t always in the right place at the right time and already in the first 10km there were problems as people were riding aggressively.

At the 7k mark, it changed to the first section of trail and this dragged the field out as we raced in line. Although I was well placed in the top 10, I still had a gap to close after this section.

All too quickly, the first jam. I had a great line but unfortunately not all riders managed to get up the ramp and I had to get off and run. This was the time when a group of 4 or 5 managed to break away and unfortunately, I wasn’t with them.

We formed a chase group of 4 riders, Benko, Blaza and an Italian to chase the leaders, after Segual and the following ascent our group fell apart. After I was slowed again by the Italian on the trail, she lit the turbo on the ascent and I fell back a bit. However, on the next downhill I closed the gap and managed to pass.

Back in Segual and the first food station and another small problem. I couldn’t release the bidon and had to stop. The bidon had fallen and burst, so I ended up with very sticky gloves… great!

Now the trail was clear, and I was travelling alone but overtaken by men… and the rules state that I can’t take the slipstream from another category. Unfortunately, not everyone kept to the rules and the Italian closed on me again and then on the climb at Topo with its steep ramps, fired up the turbo and left me! I pushed hard on the ramps to get to the downhill which would have been really cool, but she wouldn’t let me pass.

Finally, back on the road and something had to change. Another trail behind her wasn’t going to work. So, I tried to speed up the pace and I really let it rip on the next trail section which actually was really cool.

Next a long climb and a glace back… Kollmann was coming at me. I found a good rhythm and made good progress. The first section was fully exposed to the sun and really hot. It was actually quite nice when it was up in the mountain and a breeze provided a bit of cooling.

Soon, I could see Blaza in front of me and before long I had passed them.

Finally a long single trail section peppered with many stones but a better and faster flow. An even faster section on gravel followed. This was broken up with energy sapping ascents, then on to a church, the trail and Roman pathways down to the river.

We raced along the river and then the last long climb. I could catch Benko and pass again and they took a rear wheel. The following singletrack went up and down and I went with a group of riders who gave way pretty quickly and I led Benko downhill.

Last feedzone and 10k to go, I had a small gap and gave everything to extend from Benko but she was with a group of men… 5k to the finish now!

Just another 1km … now the climb up to church, she was not catching me up, downhill one more time (that was not on the plan!) But who was there a little bit ahead of me ?!?!? …. Lüthi! I gave everything, but the distance left to the finish was too short to catch her up!

So I finally finished fourth, 44 seconds behind the podium! 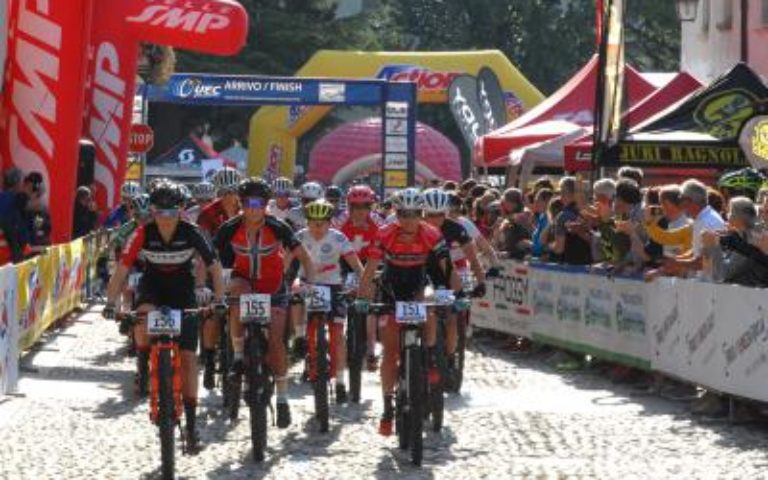 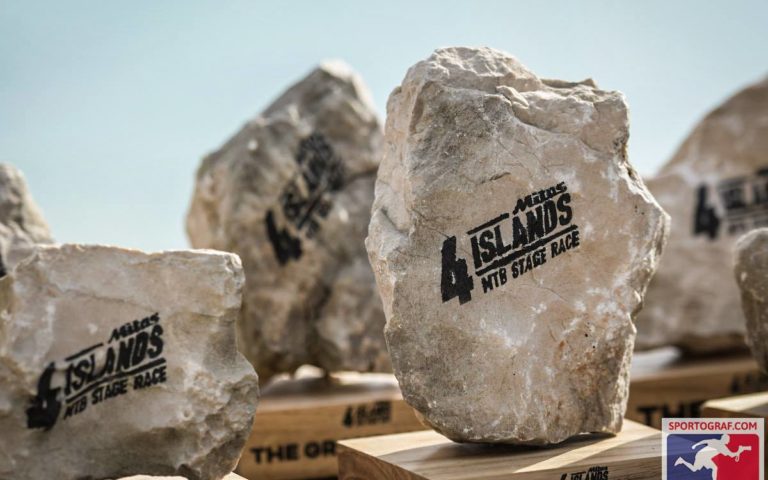 It had been part of the long-term planning that I would ride together with Cony on the 4 Island Stage Race for 2018. We were there together last year, had a great race and were looking forward to riding all 4 islands this time.

But barely a week before we wanted to go, I had a message from Cony that she wouldn’t be able to ride…. When I read this message on my iPhone, I couldn’t believe what was written and tears came to my eyes. This can’t be true…. After having to retire after a heavy crash on the Tankwa Trek, followed by Angelika’s injury and retirement from the Cape Epic and me finishing as a Lonely Leopard…. Is the 4 Island Race going to sink without trace before even getting started? I couldn’t and wouldn’t believe this news….

As soon as I had time to concentrate between working on my fitness, I called Cony and it was obvious that something wasn’t right. We talked together, and I tried to convince her that it would be best to come anyway, give it a shot and ride as fast as possible.

She promised to give it a go and I just hoped it would be ok.

So, on the evening of the following day, the message I was hoping for… “I’ll be there with you” 😊😊😊

Since Cony wouldn’t be coming to Spillmbergo and the European Championship after the race in Croatia, we took two cars to Omisalj where we would meet the ship.

So, Tuesday, we embarked and travelled to the start for the first leg in Baska END_OF_DOCUMENT_TOKEN_TO_BE_REPLACED 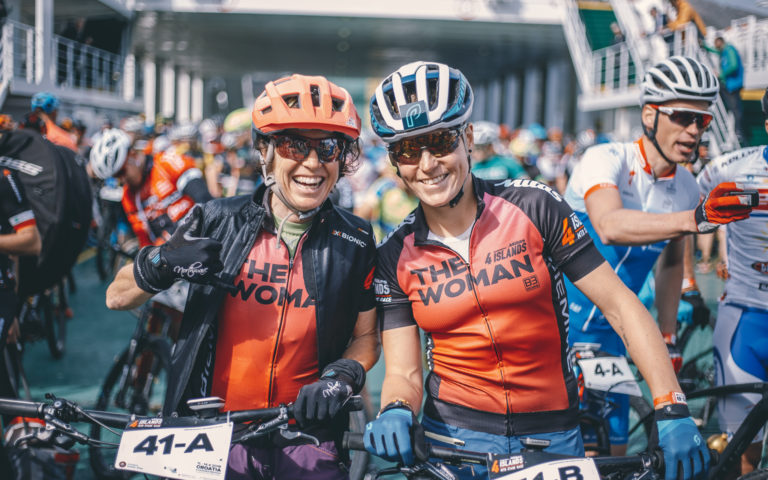