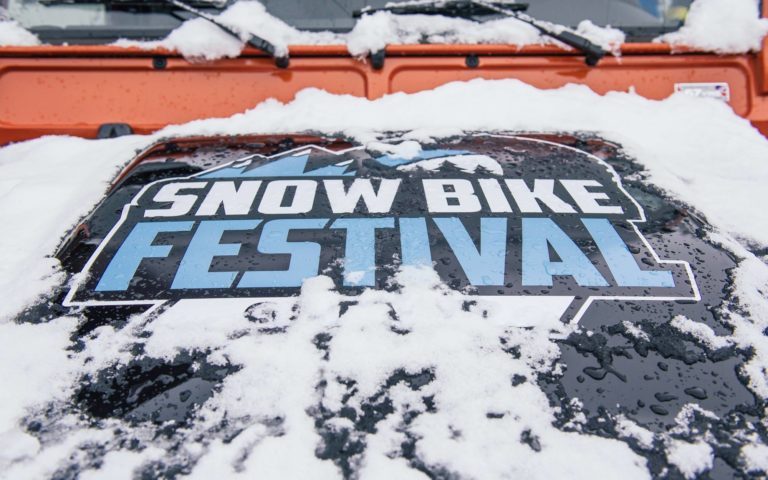 As a “Start”, its wasn’t really a successful beginning to the 2018 racing season.

Even as I sat on the train to Gstaad on Thursday morning, I realised that there were some doubts around the weekends racing. My nose was constantly running and I had a hacking cough, making my first stop at the railway station the pharmacy, trying to get something to counter the fierce cold I had at the time.

I had prepared well and organised the hotel and backup in advance so I went ahead and let’s see how we go.The fact that I was able to take the win in the Prologue was a surprise and my health situation was forgotten with the euphoria of the first podium of the season. The reality however, caught up with me quite quickly. At night, the cough was always there and I didn’t sleep very well at all.

The weather brought difficult choices and I started the first stage with the Fatbike. This quickly turned into a bad decision within the first kilometre. For over 30 minutes we ran, stumbled and hauled bikes through snow. Once in Saanen, the race was restarted and we were off again.

In the first kilometres on tarmac I lost connection to the race and it was a real battle with myself. Ramona cleared the mountain (the first section being tarmac, later off road on slopes), but there was no advantage at all with the Fatbike. Frustrated and without any real leg power, I struggled on. Finally, the summit arrived and pushing was reduced to a stagger even though it was a race.

Next a descent, but it quickly became impassable again and frustratingly, led to pushing the bike downhill. Constant on and off the bike sapped the last of my energy. I could have sat on the side of the piste and cried but I kept it together and pushed on. I finally arrived back down in the valley but the battle wasn’t over there either. Ahead, 2.5km of wet, heavy snow, so off the bike again and stomping through.

Finally, across the line at the finish, tired, frustrated and broken but at least I could return to the Arc-en-Ceil hotel, fortunately very close to the finish line. With my cough though, I still couldn’t sleep and recover properly for the next day.

Stage two, leaving the Fatbike for the regular bike I was back on the start line for the stage to Lauenen, though I have to say I was not so focussed for the start. I became accepting of the fact that right now, the feeling was not so good. This actually helped release some of the stress, enjoy the stage and actually laugh at the finish. The race continued and by the final stage I wanted to set off, ride as fast as possible to suffer less in the rain and complete the race well. I finished on balance with more bad than good but I pushed through it all.

I have to say, respect to all the helpers and the Organising Committee who gave everything to make the race a success in such challenging conditions. They are all hero’s for being out all day on the course in the snow and rain.

In summary, one could say that everyone did their very best and braved the weather. So, we all hope that the next instalment of the race is in better conditions.

Many thanks to all the helpers, organisers and logistics team, hotel Arc-en-Ceil in Gstaad for accommodation, BikErich, Sponsor sport food and Lake Shoes. 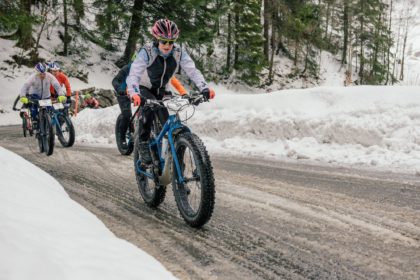